Finally, Is It Time?
A Debate About Alaska’s Financial Future

Video of the program is available online.

Join a spirited discussion on whether the Permanent Fund should be constitutionally structured as an endowment and what it would mean to Alaska’s finances and dividend program going forward.

Debating the issue will be Ralph Townsend, director of UAA’s Institute of Social and Economic Research (ISER), and Gunnar Knapp, ISER’s former director. Adding to the intrigue, they will draw straws at the debate to determine which side of the issue they will argue!  Scott Goldsmith, Professor Emeritus and former director at ISER, will moderate the discussion.

Plus, you will get to vote to decide the winning argument!

Background
The Permanent Fund was created by voters in 1976 and has matured over the past 43 years, growing much faster than expected. It is now a world-class fund, with investment opportunities that were not available during its formative years.

While the Fund is established in the Alaska Constitution, the annual draws are prescribed by two statutes. One statute uses earnings to calculate the annual dividend; another uses a Percent of Market Value formula to calculate an annual draw.  This earnings-based approach is counter to how endowments are managed. Nearly all endowment funds utilize an annual payout calculation based on the market value of the fund.

A statutory POMV can work for as long as there are sufficient realized earnings each year. If an endowment is constitutionally created, a more stable, reliable source of revenue will be available.

The constitution needs to be amended to change the Permanent Fund into an endowment, which will require a two-thirds vote of the Legislature to place it on the ballot for a vote of the people.

Is it time for the Permanent Fund to become an endowment? That’s the question our speakers will help answer.

For background information, check out Commonwealth North’s report, At A Crossroad: The Permanent Fund, Alaskans, and Alaska’s Future which recommends a POMV payout mechanism first as a statute, then as a constitutional amendment.

Thank you to our event sponsors! 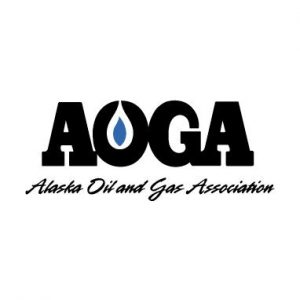