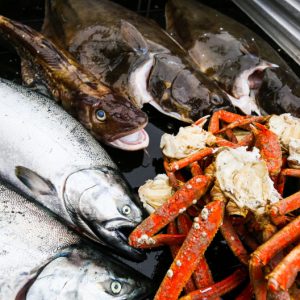 The seafood industry is a major component of the Alaska economy.* This program features an overview of the economics of Alaska Seafood, a look at the harvesting and processing sectors, and discussion of industry status and and outlook for 2021. Speakers have also been asked to identify any issues or policies the industry may seek or anticipate in light of a new administration and current circumstances.