Study Group Co-chair, Eric Wohlforth, will lead a discussion about how the Permanent Fund is managed and the impact of the State’s increasing use of the Earnings Reserve to fund government. This meeting kicks-off as series of discussions we will have to gain a deeper understanding of the Permanent Fund and work toward producing a Commonwealth North report.

Please review Eric’s memo which outlines potential topics for us to study in detail.

Eric is an Alaskan attorney who served as Commissioner of Revenue from 1970 to 1972 investing $900 million in lease sale proceeds. From 1995 to 2006 he served on the Alaska Permanent Fund Corporation Board of Trustees (the longest such service to date) and was elected vice chair and chair twice of that Board. Eric is also a board member and past president of Commonwealth North. 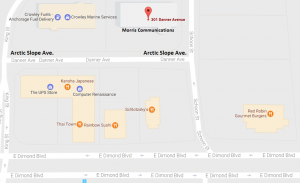