Why We Need Investigative Journalism 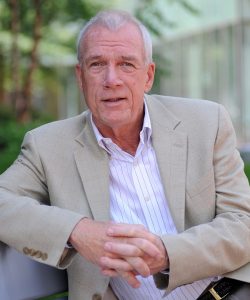 Walter V. Robinson, Editor At Large of the Boston Globe, will talk about journalism’s role in society and the importance of an independent and responsible press in public service and investigative reporting: Democracy cannot work well unless Journalism does too.

Robinson will also discuss the economic forces that threaten the viability of an independent press, and on how “deep” reporting in Alaska is essential to public understanding of complex policies and problems such as crime, drug abuse and the effectiveness of local and state government.

Robinson headed the Globe’s Pulitzer-winning Spotlight investigative reporting team. Spotlight’s exposure of the widespread abuse of children by Catholic priests won the 2003 Pulitzer Prize for Public Service. The team’s work was the subject of the 2015 film “Spotlight,” in which Robinson was portrayed by actor Michael Keaton. (Best Picture, 2016 Academy Awards). He has been city editor, metro editor, White House correspondent and foreign correspondent. He has reported for the Globe from 48 states and more than 30 countries.

Joining Robby on the panel will be Tim Bradner, Visiting Atwood Professor of Journalism at the University of Alaska Anchorage; Judy Brady, former journalist and Commissioner of Natural Resources; and Jason Evans, publisher of Alaska Media, and former Co-Publisher of the Anchorage Daily News.