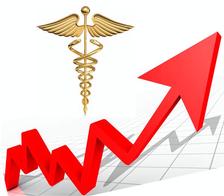 The opioid crisis impacts every demographic in every corner of our state.  For Americans under the age of 50, drug overdoses are now the leading cause of death.  From 2000 to 2016, more than 600,000 people in the US died from drug overdoses. In Alaska, heroin-related overdose deaths nearly quadrupled between 2009 and 2015. Due to the scale of this epidemic, Governor Walker has issued a disaster declaration establishing a statewide Overdose Response Program, issued an administrative order directing state departments to prioritize resources to combat the opioid epidemic, and signed opioid reform legislation.

On March 1st, we will host two speakers to help us understand how we got here, and what public policies we can implement to help end this epidemic and save lives.

Melissa Weiksnar has been a writer, speaker, and advocate since 2010, using her daughter Amy’s story to educate about how addiction can impact any family. She published “Heroin’s Puppet -Amy (and her disease)” in 2012, and “It’s Not Gunna Be an Addiction: the Adolescent Journals of Amelia F.W. Caruso (1989-2009)” in 2014. She has formally shared with over 21,000 listeners in schools, community, healthcare, and religious settings.

Ms. Weiksnar attended Wellesley College and is a graduate of MIT, the University of Houston, and Harvard Business School. She spent the first part of her career in high tech, including co-founding Synernetics Inc. In 2002 she switched to high school teaching, and most recently worked at the Center for Adolescent Substance Abuse Research at Boston Children’s Hospital. Ms. Weiksnar, who repatriated to her native Buffalo NY in 2016, is married with two older children.

Andy Jones is the Director for the Office of Substance Misuse and Addiction Prevention within the Department of Health and Social Services (DHSS) and the Deputy Incident Commander for Governor Walkers Statewide Opioid Epidemic Response. Mr. Jones has worked for the State of Alaska for the last ten years holding positions within the Departments of Health and Social Services and Military and Veterans Affairs overseeing man-made and natural disaster response and recovery operations. Mr. Jones earned his degree in Public Administration, paramedic license, and Federal Aviation Administration certifications as a commercial rotorcraft pilot.

Andy will brief us on what the State is doing to address the opioid epidemic and discuss the economic impact that the crisis is having on Alaska.