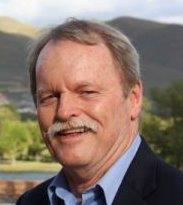 With his signature wit wisdom, Governor Cowper gave us his insights into the creation of the Permanent Fund, a vision for its future, and the use of the fund and its earnings as a tool to meet the current and future fiscal needs of the State of Alaska.

The Alaska Permanent Fund was created by a public referendum in 1976. It was established as an inviolate trust with the principal of the Fund to be invested in perpetuity. The beneficiaries of the trust were to be all present and future generations of Alaskans.

Steve Cowper served as Alaska’s Sixth Governor from 1987 to 1990. He served on the committee that developed the permanent fund in 1976 during his time in the Alaska Legislature. Alaska’s Permanent Fund is considered a globally recognized model for successful sovereign wealth funds. It was designed to allow Alaskans of the future to share in a temporary windfall from a nonrenewable resource, and managed by a Board of Trustees whose terms and appointments shielded investment policies from political agendas.

As the debate over how the earnings of the Permanent Fund will or could be used by the State of Alaska to support annual spending, Alaskans seek information about the intent of the fund, and how we should best address our state’s needs through its use.