Join us tonight at 5:00pm for the third in a series of Wednesday evening programs with Alaskan authors on topics ranging from the 150th anniversary of the Alaska purchase to space exploration at the Anchorage Museum Chugach Gallery (4th floor). 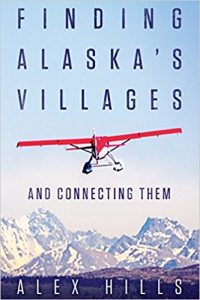 Dr. Alex Hills, Distinguished Service Professor at Carnegie Mellon University and UAA Affiliate Distinguished Professor, will tell the story of how he worked in the far reaches of Alaska to provide radio and telecommunication services to the state’s villages.

Alex and his team traveled Alaska by bush plane and snow machine, braving extreme weather and rough terrain to get the job done. He fell into the rhythm of the villages and met Yup’ik and Inupiaq elders, learning about their strongly held values. But he also worked with some of Alaska’s telecom pioneers to bring better service to the villages.

Later he took charge of KOTZ, Kotzebue’s new public radio station, which he shaped into a valuable information resource for the people of the state’s huge northwest region. At each step along the way, Alex made friends with Alaska’s village people and developed a deep respect for them. He also became friends with some of Alaska’s telephone and broadcasting heroes.

The story is told in more detail in Alex’s new book, Finding Alaska’s Villages: And Connecting Them, which will be available at the event.